Hattie stays put but Grainne has left the moor for the first time! 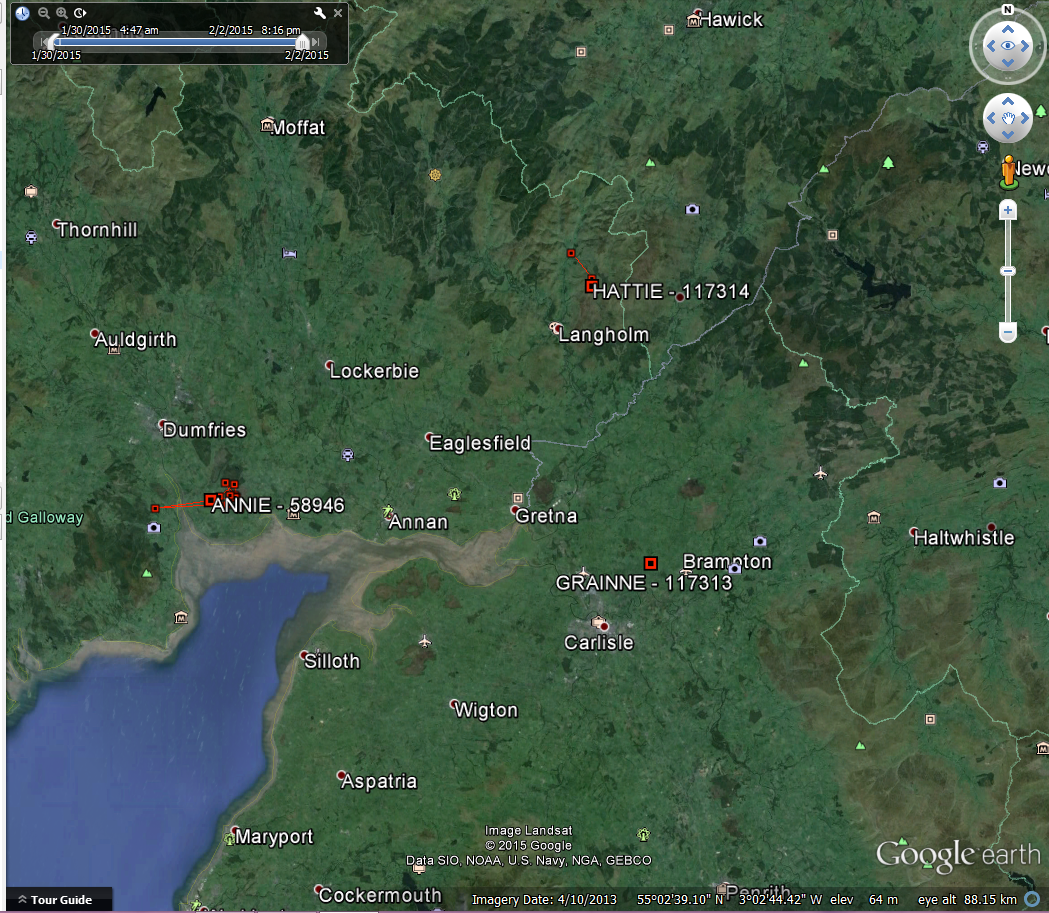 After Annie's move south to WWT Caelaverock, we've been watching Hattie and Grainne carefully to see how they would react to the snow. Unlike Annie, who left the moor less than a month after fledging the nest in summer 2014, Hattie and Grainne (fledged summer 2013) have never left the moor. An unusually mild winter last year gave them no reason to leave, clearly conditions were right for  them to stay and breed. This winter has been a bit different, recent snowfall, persistent cold temperatures and string northerly winds has made life a little more challenging. Hattie and Grainne have dealt with the challenge in different ways. Grainne has left the moor for the first time in her life and flown south just north of Carlisle.
Annie seems settled for now in the WWT Caerlaverock area.


The excitement of following the three Langholm harriers is tempered by the sad news of a bird tagged in Ireland the same summer as Hattie and Grainne - Heather was found shot dead in County Kerry.
http://www.independent.ie/irish-news/rare-bird-and-blog-star-heather-the-harrier-shot-dead-30954300.html
Posted by catbarlow at 06:54