Back in September we posted the news that the young female Hen Harrier from this year’s nest at Langholm had died. The satellite tag data allowed the carcass to be located and recovered.  A post-mortem showed no evidence of shot and no visible injuries. The bird was very thin, suggesting starvation as the most likely cause of death.
As a precautionary measure the carcass was sent for further tests. We have heard today that the toxicology results were negative for the commonly-abused pesticides.The body was not found on grouse moor and there was no evidence of human persecution.
It is very rare to recover a Hen Harrier carcass, the last post regarding Barry's demise October 10th 2012, describes a more common scenario, no carcass, no tag, no evidence of his cause of death.

Posted by catbarlow at 09:51 No comments:

Laurie Campbell visited Langholm to present an evening of his photographical work at the Buccleuch Centre at the end of October and very kindly offered to run a photography workshop for the young people of Langholm. The weather was not kind to us, but the group learnt a great deal from Laurie including that rain and low light levels don't necessarily mean  no photographic opportunities. Who knew oak leaves could look so beautiful? The group made the most of the autumn colours and had a great afternoon learning about macro, landscape shots and learning how to use the different camera settings. Thank you Laurie! 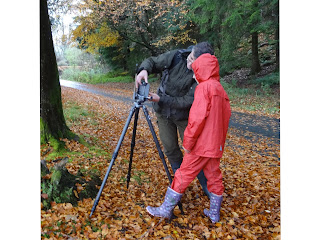 Laurie Campbell showing Sophie Mitchell how to use a tripod to improve a shot. 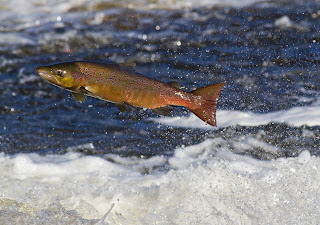 Salmon are found both in the Esk (which runs through Langholm) and the Tarras (which runs through the middle of the moor) and October is a good month to see them heading upriver to spawn. This photo was taken up in Selkirk by photographer John Wright, check out John's blog http://wrightswanderings.blogspot.co.uk/ for more photos of Salmon leaping.

The end of 'Summer' and arrival of Autuimn has seen the departure of many moorland birds and the arrival of autumn visitors like Fieldfare, Redwing, Waxwing and Brambling. The moorland feeding station is getting good numbers of Autumn visitors and a good place to spot Brambling, Lesser Redpoll and Treesparrow. 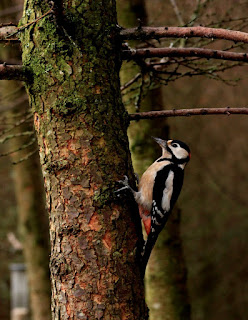 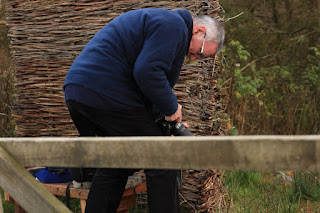 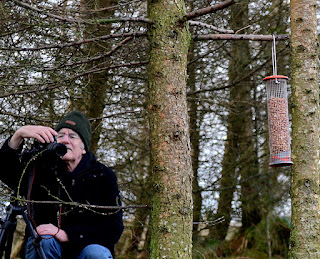 Many thanks to amateur photographers Tom Hutton and Sandy Gill for these great shots.

Apologies for lack of posts, have been laid low with pretty much every virus going, but back on track now and enjoying autumn on and around the moor.

Firstly some news of the fantastic group of folk involved in our moorland musical. The performance at the Watson Bird Festival on Saturday 22nd at St John's Town of Dalry www.watsonbirds.org was a great success. The Moorland Musical - 'You can't let nature run wild' is a project exploring the difficult subject of Hen Harriers and Red Grouse through music and poetry involving a group of young people and local musicians and poets. The aim of this project is to raise awareness about about the Harrier/ Grouse conflict and reach audiences who we'd normally not reach. A second performance at the Lockerbie Jazz Festival did just that - an audience of Jazz enthusiasts were treated to songs from the musical 'jazzed up' a little. I got a few raised eyebrows when describing the 'Grouse free diet' song- all about diversionary feeding. 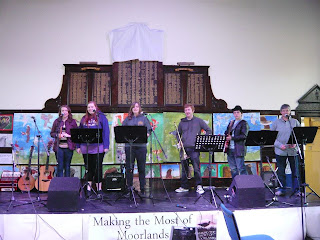 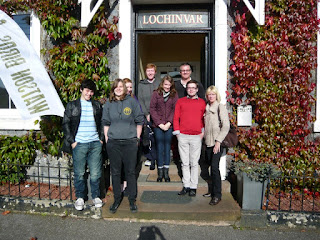 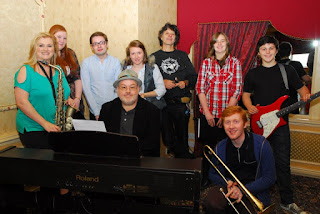 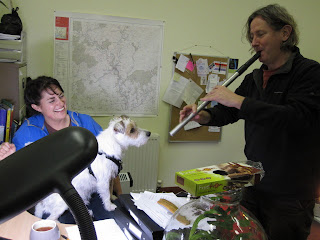 Taking a moment from rehearsing to try a bit of 'dog charming'..

Posted by catbarlow at 04:54 No comments: