There has been a sprinkling, rather than a flood, of wing tag sightings of Langholm Hen Harriers in the last few years but each and every sighting is exciting. Until a week or so ago, none have been seen back on their home ground but just recently a wing tagged adult male harrier was seen at Langholm. The bird was tagged by Aly McCluskie in 2011 and I was lucky enough to be there to see this brood tagged. The left wing tag (yellow) indicates that the bird was tagged at Langholm, the right wing tag (dark blue) indicates the year the bird was tagged 2011 and the number 1 tells us exactly which bird in the brood it was. The bird was seen twice in the day and the sighting of the right wing was very distant so I have only just received confirmation of the year this bird was tagged (many thanks to all involved). This is the first Hen Harrier, wing-tagged during the Langholm Moor Demonstration Project (2007 - present) that has been seen back at Langholm.  We have no idea what this bird has been up to since he fledged the moor but it great to know he is alive and kicking (so to speak)..
click on each image to see it enlarged.. (these views were distant so forgive the image quality). 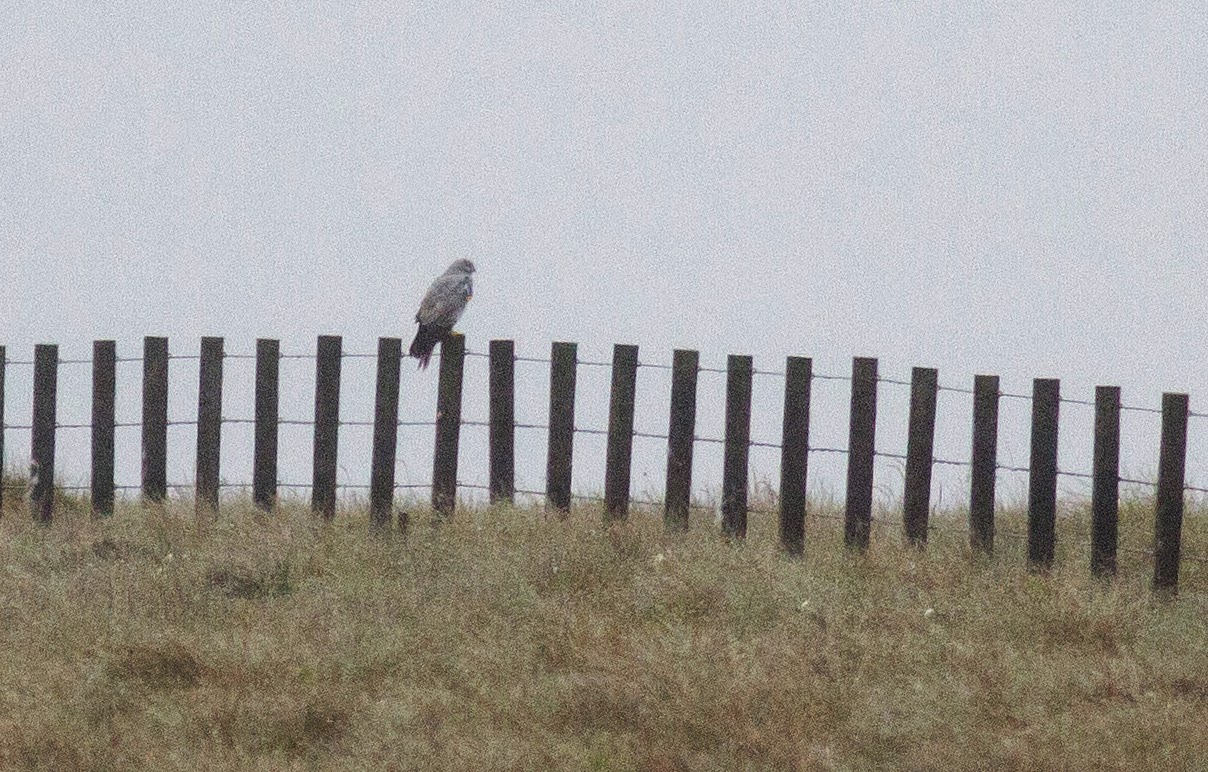